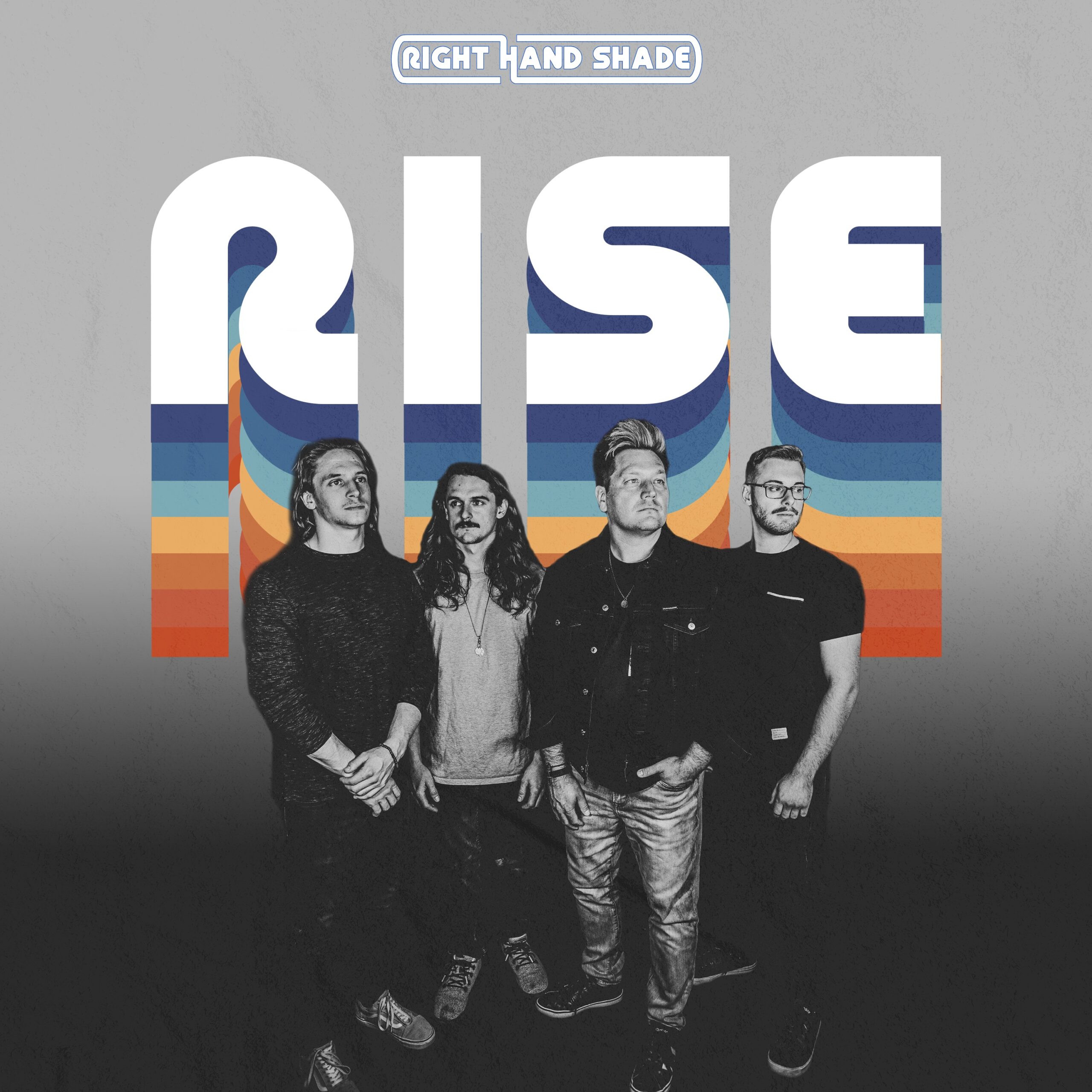 Through their unique music style and creativity in the studio, the band Right Hand Shade might be the next big hit in the genre of Christian and religious music.

Boston, Massachusetts – July 10th, 2021 – the up-and-coming band Right Hand Shade is proving itself to be a new wave in the genre of Christian music with the release of its brand-new studio album titled ‘RISE’. For more than five years, the New England-based pop/rock band has leaned full-throttle into its gifts, performing on stages across various states and watching many dreams become realities: Recording with award-winning producers, receiving national radio airplay with multiple singles, appearing at high-profile festivals alongside national industry acts and signing various partnerships. The new album is no exception to their record as one of the fastest-growing Christian acts in the Northeast.

Filled with tracks that resonate with the hour, the album is all about God, His faithfulness, His freedom, and His way of keeping unexpected things in store for us. The album ‘RISE’ is officially Right Hand Shade’s second studio album. With raw vocals by the band members themselves, the album was produced by Chris Hoisington and was recorded & engineered at Old Bear Records in New York by Eric Anderson. Nashville’s Evan Sieling worked on mixing and mastering the entire album. The lyrics and music were written by Matthew Jones and Taylor Specht. With this much talent on the album, it is bound to win over the hearts of Christian Pop-rock lovers. There are 10 tracks on the album, ranging from surf-rock tunes to groovy RnB rhythms powered by raw and smoky vocals, to contagious rock-driven outings. ‘RISE’ finds the band exploring new territory, pushing the creative process, honing their sound further, and capitalizing on the strengths of each band member. Blending elements of surf-rock, pop-rock and gospel, and layering complex vocal harmonies, intricate rhythmic patterns, and the band’s signature guitar riffs, the album takes a decidedly new direction. With Hoisington at the helm, the band recorded with both lo-fi and hi-fi approaches, and then layered the tracks, weaving the lo-fi and hi-fi into the sonic landscape in a fresh and innovative way.

Drawing upon the eclectic musical roots and influences of its four members, Right Hand Shade has brought its one-of-a-kind sound to life: A unique fusion of infectious guitar hooks and complex rhythmic arrangements, soaring powerhouse gospel vocals, authentic lyrical depth, and a dose of surf rock vibes and slide guitar for good measure. The band’s skilled songwriting focuses on such themes as hope, truth, justice and eternity. Whether lighting up the stage with a high-octane rock tune, inspiring the crowd to clap and stomp along, sharing relatable and authentic life stories, or arresting the listener with lush vocal harmonies in a heartfelt ballad, Right Hand Shade’s mission of hope and strength in a dark age is clear.

Right Hand Shade has managed to build a loyal following and unite Christian music lovers through their music. The album will challenge the expectation of what Christian music “should” sound like – in the face of a global pandemic that produced fear and confusion in so many, ‘RISE’ is an anthem of hope and a future for all who will listen.

Right Hand Shade is an emerging 4-member Christian Pop/rock band from the shores of New England with soulful vocals, catchy guitar riffs and a modern surf-rock flair. The band is coming out with a brand-new studio album through which it is hoping to showcase the influences and musical roots of its members. The band draws inspiration from industry icons such as Mariah Carey, Crowder, Lincoln Brewster, The Beach Boys, etc.

RHS began touring in 2016 and has opened for and shared the stage with some of the most successful national acts in Christian music today (Tobymac, For King & Country, Switchfoot, Michael W. Smith, Kari Jobe, Phil Joel) before large crowds at high-profile festivals, beach amphitheatres and youth retreat weekends. The group recorded their highly-anticipated first professional studio album in 2018. The single from the album, “It’s Time”, as well as their follow-up single “Called by Name” have received airplay on radio stations regionally and nationally. The new album features 10 tracks penned from the lessons the band learned about hope during the pandemic.