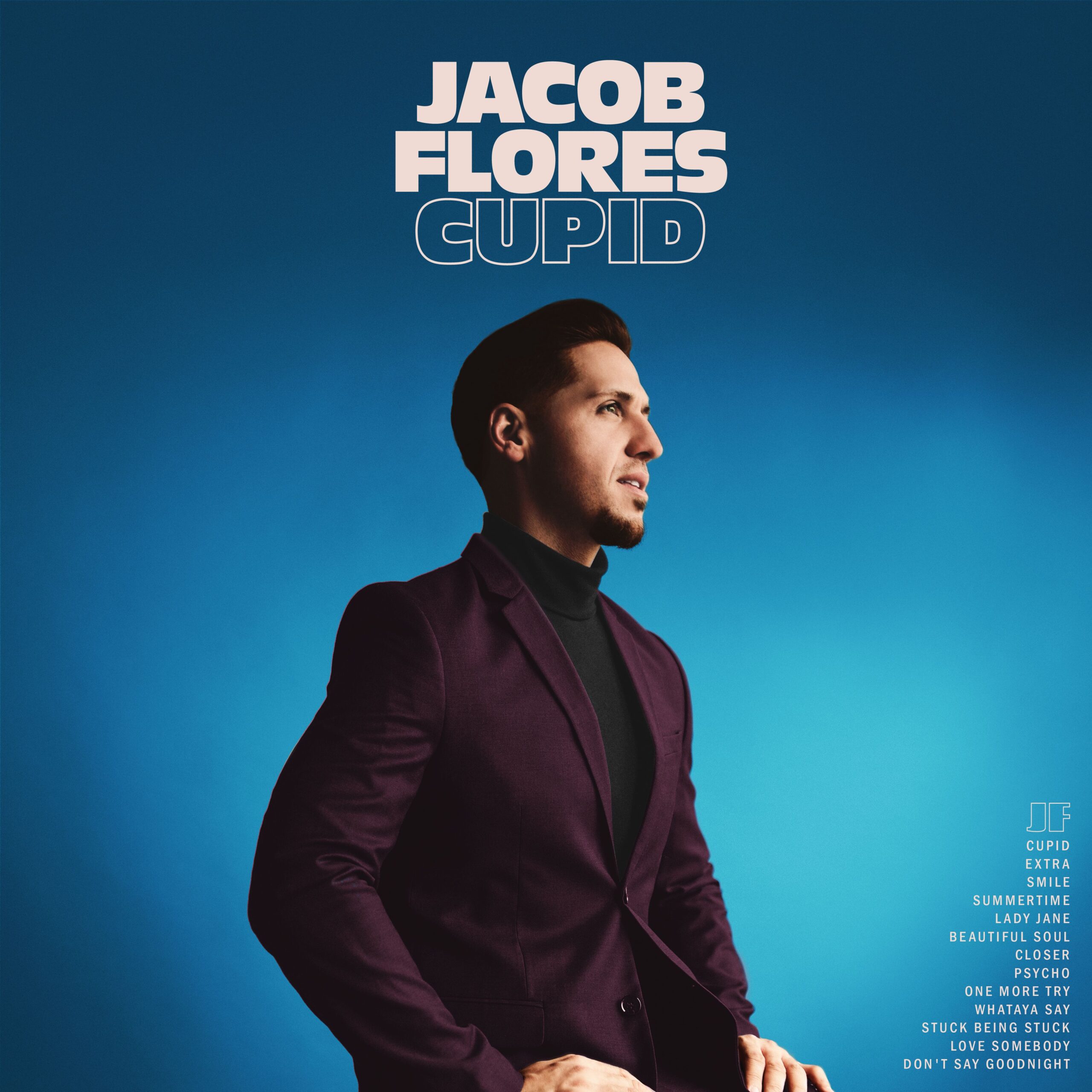 With the release of his refreshing new album, Jacob Flores is psyched and ready to soar to new heights, establishing his position as the new face of Classic Soul and Contemporary Pop music.

Hot Springs, Arkansas – June 23rd, 2021 – A rising new force in the genre of classical soul music, Jacob Flores is all set to take the music industry by storm. With a breakthrough album titled ‘Cupid,’ the growing artist is solidifying his position as a stunning icon in the genres of Pop, R&B and Soul.

“I’ve got to say that I’ve never heard another artist from Arkansas that sounds quite like Jacob Flores,” says Arkansas Roots from KASU 91.9 FM, “The word that came to mind in describing his music is it’s just… sexy.”

As a follow-up to his debut album, ‘No Borders’, independent singer-songwriter, Jacob Flores, took the isolation during the pandemic as an opportunity to let the creative juices flow and turned to pen & paper with newly found inspiration. From the release of his second studio album, ‘Cupid’, listeners can expect an extremely diverse repertoire featuring many different musical styles. With singles such as “Extra”, this album highlights the budding artist’s soulful vocals combined with the authenticity that comes with hard-hitting, raw, and unfiltered musical compositions.

Former American Idol contestant, Jacob Flores, is an award-winning one-man band. His music features a diverse repertoire of Classic Soul and R&B fused with contemporary Pop/Easy Listening, with his newest album, ‘Cupid’, being the perfect embodiment. Flores first broke into the music scene while attending Henderson State University, where he entered the school’s singing competition, Henderson Idol, and was quickly crowned The Henderson Idol 2013. He then went on to audition and advance through preliminary rounds of NBC’s ‘The Voice’ as well as Fox Network’s ‘American Idol: Season 14.’