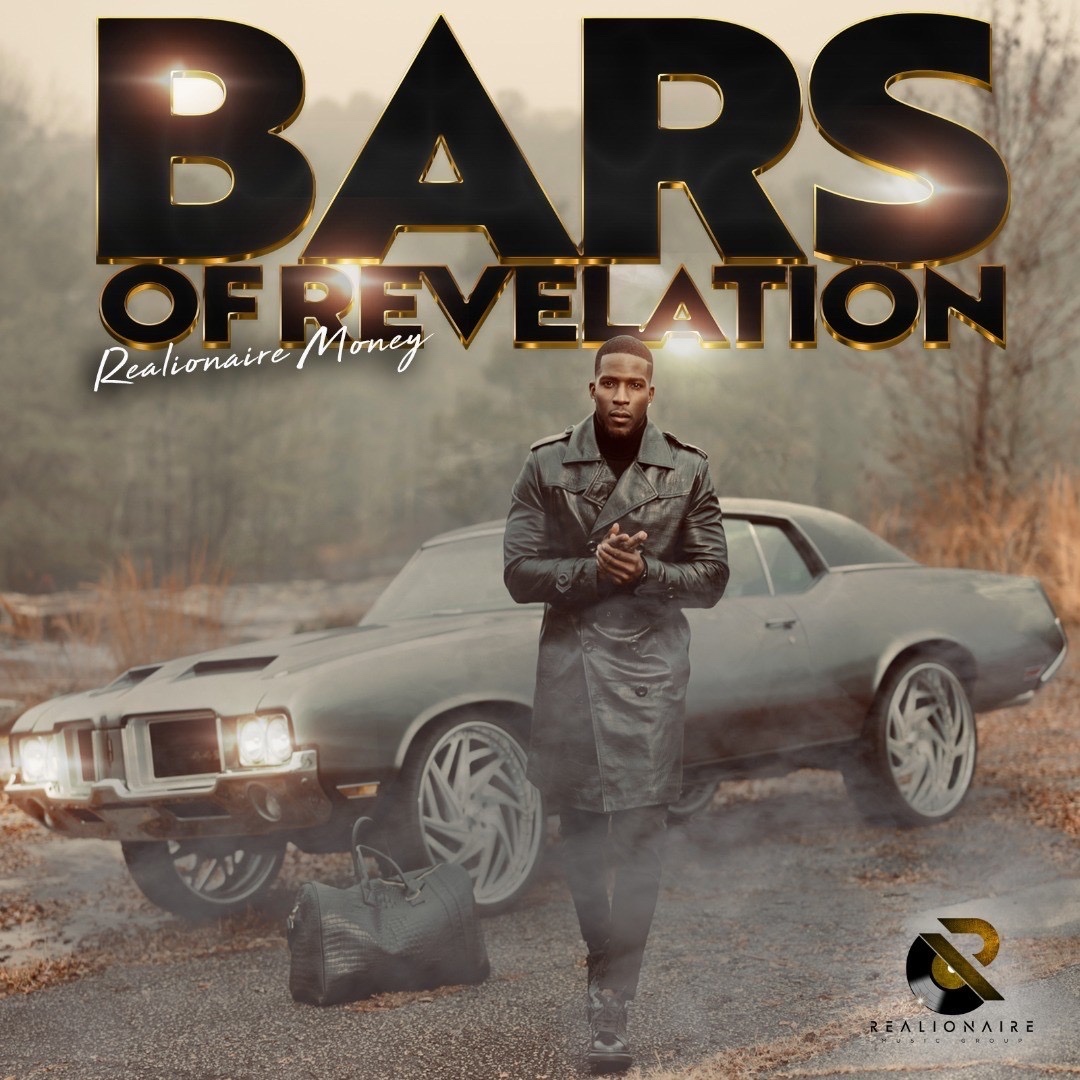 A Hip Hop, Street Gospel, and Soul blend which underlines Realionaire Money’s brilliant pathway of redemption, ‘Bars of Revelation’ is one for the times

Atlanta, GA — October 17th, 2022 – An honest and expressive take on the Hip Hop and Soul genre, Realionaire Money’s music will surely be appreciated by fans. An album free of gratuitous violence, profanity, glorification of drugs, and sexism, Money’s newest drop, ‘Bars of Revelation,’ is a refreshing new offering.

An artist with a plan, Realionaire Money hopes to make it big in the industry by presenting memorable Hip Hop rhythms elevated by a unique flow. The eclectic artist conjures verses that are driven by his own experiences, delivering a layered narrative that lies at the center of ‘Bars of Revelation.’

More than anything, ‘Bars of Revelation’ is an intimate, moving, and personal piece by a man who has truly had a redemption arc. The new album marks Money’s efforts in expressing his life story through music to help others worldwide.

Bravely soaring past life’s many challenges, Realionare Money faced a 25-year sentence as the ringleader of a federal drug conspiracy. As a result, he had to spend nearly five years in custody before getting his conviction overturned and his sentence vacated by the appellate courts.

“I am a walking blessing, what happened to me doesn’t normally happen to anyone. Upon my release, I used motivational speaking as a tool to reach the youth but finally realized that music was the way because it’s universal,” says the artist. “I became an author and serial entrepreneur during this time.”

Having dropped on September 24th, ‘Bars of Revelation’ includes four collaborations. One features up-and-coming artist Jon Rice, another displays the talent of Chimére Love, one involves his cousin and artist Zach Crawford, and Joe Heat is also featured.

Spearheading a movement of love, empowerment, education, unity, and perseverance, Realionare Money and his label Realionaire Music Group continue to grow and evolve.

Stream and download Realionaire Money’s stunning new music and internalize his honest and moving message! Follow the artist on Instagram @realionaire_money for updates on new tracks and releases, and feel free to reach out for interviews and collaborations if you think you’re on the same wavelength!

Greg McNeal, also known as Money, was originally born in the Henry Horner projects to two beautiful, loving parents, George and Sharon. Despite growing up in a loving home, Money was acquainted with gun violence early. His parents eventually moved to the west side of Chicago to shield him from the ensuing violence.

However, it was during this time when 14-year-old Money ended up becoming the top dog of a profitable drug network- an act that followed with him serving five years in custody.

Eventually relocating to Atlanta, Georgia, Realionare Money decided to fix his life’s ways. He is currently working on his third gym, has opened three restaurants (Hybrid Fit Food), and has written a book, “Background Check.” He is also running an apparel line, ‘REALIONAIRE LIFESTYLE,’ and an herb line, Realionaire Nutrition, amongst several other ventures.