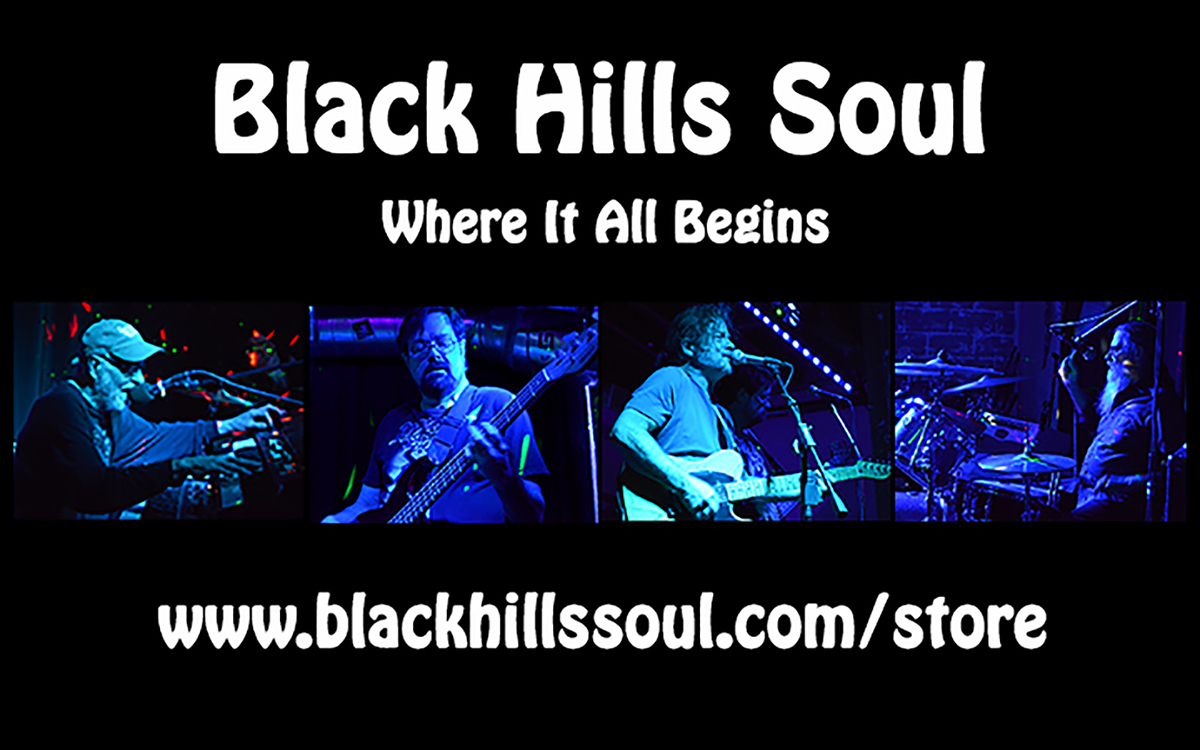 Rapid City, SD — December 28, 2021 – Determined to fill the void left behind the legends of the 70’s hard rock and blues era, Black Hills Soul embarks on a musical journey unlike any other. The band consists of four experienced songwriters and performers who have come together to pursue their lifelong musical passions and to blast their own ideas and themes out to the world.

This November, the diverse collective released their debut album titled “Where It All Begins”. Targeting “old souls” of all ages who crave the glorious anthems that defined the classic rock era, Black Hills Soul has tightly knit together an eclectic piece of new vintage music. On Spotify, listeners have already begun to drift toward the mesmerizing bass and guitar work on “Keep Me in All My Ways” and the deeply insightful lyricism on “Rescue Me”.

The album deals with a diverse multitude of themes from a number of perspectives. One of the best examples of this is “Cold Hard Ground” in which haunting lyrics about an individual stuck in destructive patterns without escape are juxtaposed with the cheeriness of the keys and the driving drums in the background. Such lyrical complexity and experimentation are what makes Black Hills Soul stand out and validates comparisons to the great rock bands of the ’70s. Every song on the album features brilliant patterns and structures which means each listener is in for a truly engaging experience.

The collective of Scott Bellew, Todd Tetreault, James Sautter and William Sautter has produced a phenomenal piece of music that is sure to excite rock enthusiasts of all ages. Their acute attention to detail combined with the complete lack of fear to experiment and to draw upon their inspirations is what makes them special. Due to the sheer diversity of sounds, themes, and ideas present on the album, all listeners are sure to find a note that resonates within their own hearts. The album is available on Spotify, iTunes, and all other digital music outlets. Collectors can also purchase physical CDs directly from their website.

Check out their debut album now!

Black Hills Soul is an Independent Recording Artist based in South Dakota consisting of four experienced individual songwriters who are determined and inspired to produce dynamic and exciting new music that harkens back to the golden age of rock: the 1970’s. Currently, they are focused on promoting and sharing their debut album with the world.