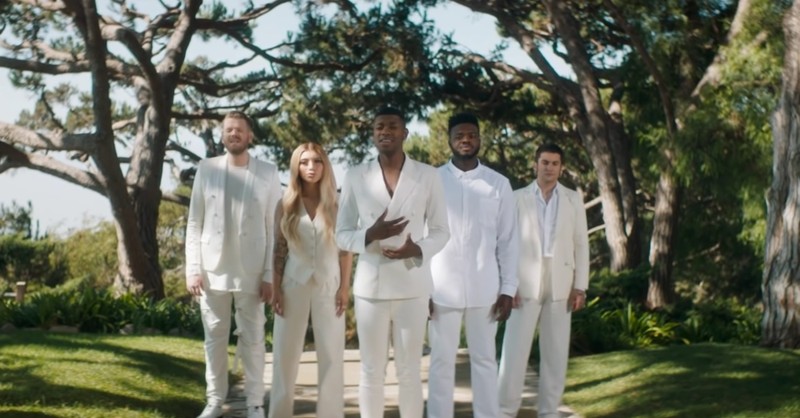 Pentatonix Sings ‘Amazing Grace (My Chains Are Gone)’ A Cappella

This talented group formed in 2011, but they truly shot to fame after winning the third season of the television show ‘The Sing Off.’ Since that moment, Pentatonix has become a household name with viral performances such as ‘Mary Did You Know’ and ‘Hallelujah.’ On YouTube alone, Pentatonix has garnered over 4 billion views on their videos. Today, they’re taking on a gospel classic with this stunning performance of ‘Amazing Grace (My Chains Are Gone).’

“Amazing Grace, How sweet the sound
That saved a wretch like me

I once was lost, but now am found
T’was blind but now I see”

Christian artist Chris Tomlin originally wrote this song for his 2006 album ‘See The Morning.’ It was even nominated for a Dove Award for “Song of the Year” at the 39th GMA Dove Awards. The powerful words remind us all that…