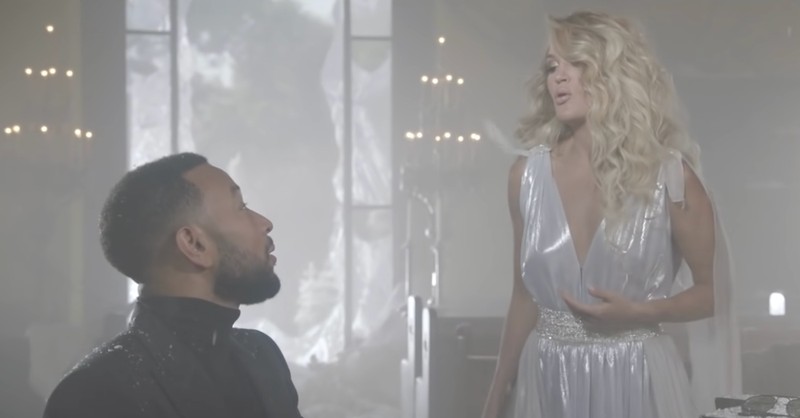 “On the coldest evening in this December
I hold you in the heat of the glowing embers
Let the world stand still, the church bells ring
Silent night as the angels sing”

Carrie became a household name after winning the fourth season of American Idol back in 2005. Since that time, she’s truly cemented herself in the country music world with hit after hit for nearly two decades. Today, she is teaming up with powerhouse musician, John Legend, for a special performance of ‘Hallelujah.’

This beautiful single is featured on Carrie’s first full-length Christmas album, My Gift. When speaking about the album, she said, “I think it’s turned out to be the perfect time for an album like this, in this period of such personal and spiritual reflection.

For me, it’s more important than ever to focus on the true meaning of Christmas in a project like this.”