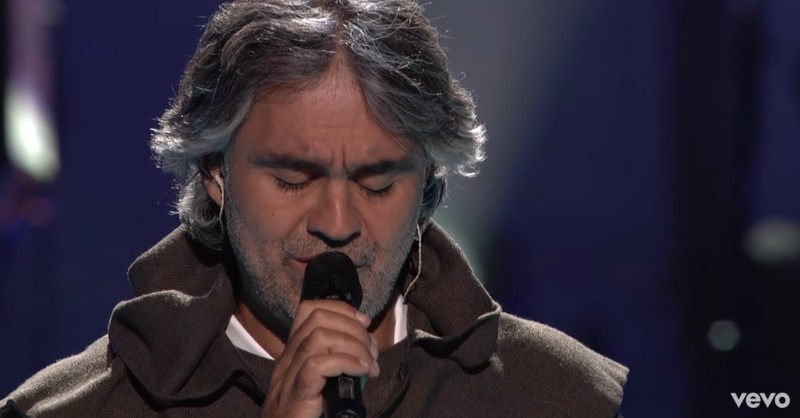 Andrea Bocelli Performs ‘What Child is This?’ with Mary J. Blige

2019 has been an incredible year for Andrea. He released Si Forever: The Diamond Edition, which was a follow up to his internationally successful number one album, Si. And recently, Andrea found out that his album was nominated for a Grammy award in ‘Best Traditional Pop Vocal Album.’ Andrea Bocelli has been a staple in the music scene for decades.

Today, we’re looking back as one of his most famous performances with fellow singer Mary J. Blige. Just listen as they beautifully belt out these iconic Christmas lyrics.

‘What Child is this
Who laid to rest
On Mary’s lap is sleeping?
Whom Angels greet with anthems sweet,
While shepherds watch are keeping?’

This incredible song reminds us all of the real reason for the Christmas season. The birth of our Savior was truly a miraculous event. His birth paved the way for our…